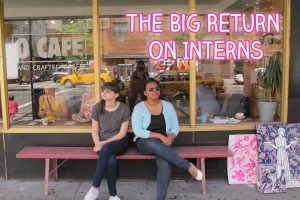 Entrepreneurial artist and burnt-out mommy trying to keep her businesses going, Party of One!  Ugh!

You know how it is when you are struggling to make ends meet and dealing with the worst case of split ends you’ve ever had. That was me in a nutshell. The adjustment to parenthood plus working part time was kicking my derrière and I needed help.  About four different people suggested getting an intern. I didn’t listen at first. I have had interns before with mixed results. I once had an intern make $300 worth of color copies of a black and white document.  Interns can often be more of a cost than a cure. However, this was an emergency.  I was at DEFCON 3.  I had six weeks to produce twelve paintings for a show. I had nothing to lose. I posted an ad on Facebook.

Within two hours, I had two volunteers.  The first candidate was named Lizzy. She was the daughter of a friend and looking for an internship to fulfill her high school graduation requirement. I met her twice about 5 years ago.  I remembered one thing about Lizzy- she wore pink high heels. Ok, she has style! While checking out her resume, I noted that she started the knitting club at her school.  Ok, she has leadership qualities and is probably artsy in some way. Awesome, you’re hired! 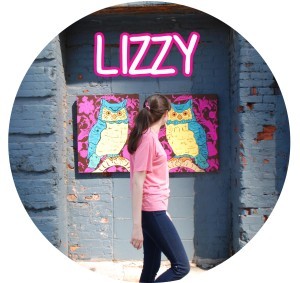 Lizzy is reserved and a bit shy at first. She loves vintage t-shirts, Converse Chuck Taylors and turkey sandwiches. I would describe her style as adorable East Village chic.  An excellent editor and touch up artist, she was helpful from the start. While trying to find common ground, I discovered Lizzy loves comedy and knows the entire history of SNL (something we share). She has a strong wit and I am sure she is probably in the process of writing a brilliant sit-com called “The Manhattan Magnolia“ about a charming southern artist who has a studio on 14th street and is struggling to keep her @#$ together in the big city. 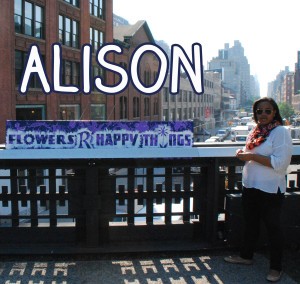 Intern number two was another referral.  Alison was the cousin of someone who worked for me many moons ago. She was taking a year off from college to decide if she wanted to pursue an art degree. Alison was a great student, had a professional looking resume and her cousin was one of the nicest people I know.  You’re hired!

Alison is very mature and wicked smart. She can read me like a book and often makes observations of someone twice her age.  She loves the color pink equally if not more than I do and has the professionalism of an Ivy League grad. In addition to wanting to study art, she is actively writing a novel and performs with a theater group. Alison is a multi-tasker with an excellent memory. She keeps me in line.

Here are my Top 10 Big Returns after my first few months with interns! 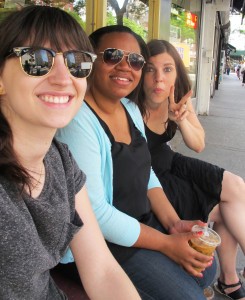 1. Motivated -Two helpers on the scene were like a swift kick to the head that changed my outlook and got me moving again.

2. Inspired – Having someone observing me on a daily basis made me really think about my art and why I do it (look for more on this thought process in upcoming blogs). When you have been doing the same job for 15 years, it’s good to stop and take a look around. I started two totally new series as a result and my business is back on track.  A little extra help can make a big difference.

3. Awareness of New Music – I let the girls DJ on a daily basis.  Hey, people over 40, I don’t care how cool you think you are (and I know you think you are), you will learn some fabulous new stuff for your iPods from twenty-somethings. You may even like some of it.

4. Harry Connick Jr. is no longer considered hot. What? They about barfed when I referred to him as hot one day.  Good news is we were all on the same page regarding Ryan Gosling.

5. I see my reaction to criticism in a new way. As an artist, you are constantly receiving criticism. I usually just consider the source and see if there is anything I can learn from it and move on.  As a coping mechanism, I have a “compliments folder” where I keep the nice things people say to me and I read through when things get bad.

Criticism takes on another light when you have two little faces sitting right next to you that are watching your every move. How can I help them prepare for this?  They will face it in college and then ten fold when they enter the working world. We had many discussions on this fact of life that they will face no matter what they decide to do.  The subject even inspired a major new work of art that will be revealed later this summer. I never thought of myself as having thick skin, but I do.  You can’t survive in this line of work without it.

6. Twenty-somethings don’t really use Facebook because WE (aka old people) are on Facebook. They are onto other things like secret Twitter accounts, Instagram and Tumblr. Sure they have a profile on Facebook, but they aren’t using it to communicate with their friends. When they really want to be themselves, they are using other applications.  Sorry Mark Zuckerberg.

7. They are really into celebrities. One of the first things they asked me was what celebrities have bought my paintings?  And my list didn’t seem to impress them.  It’s not a long one.  Brooke Shields, Arnold Palmer and my list of corporate and executive collectors don’t really qualify to twenty-somethings. I did get a few cool points for my outdoor mural for Katy Perry and a little bit of street cred for my two dates with Adam Sandler when I was 19 years old. I haven’t thought of Adam Sandler in a long time. It was fun to relive that adventure with them.

8. Kids who grow up in New York have incredible opportunities and incredible pressures.
When I think about all the opportunities kids have who grow up in New York, I have to admit I get a little envious.  My interns have friends that go to the Fame school.  I am not talking about a performing arts school LIKE the one in the movie Fame; I am talking about THE ACTUAL SCHOOL the movie was based on.  Lizzy and Alison both have a street and world savvy that will take kids from Middle America years to acquire.  I was very quick to point out to them that many kids would kill for these opportunities in the arts.  However, those to which much is given, much is expected. There are a lot of pressures early in life when you have these kinds of opportunities. I had fun explaining to them that some people (aka me) get a lot of pleasure out of simply being able to live here.

9. Having real assistants is better than having imaginary ones. When I first launched my business 12 years ago, everyone had an assistant but me.  I was constantly getting calls and emails from someone’s assistant.  Being the creative person that I am, I invented one and I gave her a ridiculous name… Candle.  I returned emails to people using Candle’s signature, referred to her at meetings (my assistant Candle will get back to you on pricing) and even returned some calls as Candle.  While Candle gave me endless hours of comedy and giggles, she never compared to the real thing.  Having a real helper is way better than an imaginary one.

Read Lizzy and Alison’s take on their Summer of Loving!   (Lizzy) (Alison) 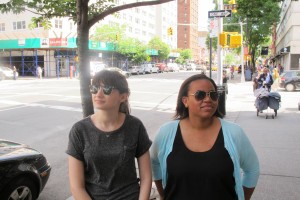 The Genius of Jaws